Back in the beginning of 2015, I worked on two dressers with a fellow refinisher. She did the wood work end of things and I refinished. One of those pieces was this black distressed dresser. She added the wood slats and I stained and painted this fellow to complete his rustic transformation. 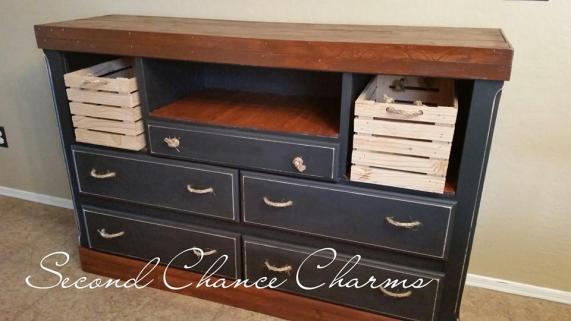 Almost 2 years later this same client came back to me with a request of a night stand to match. I have learned more things since his dresser debut and was able to build him a stand to match his dresser.
Refinished in Tricorn Black and distressed in the lines only. Added wood slats on the shelf, bottom base and top. Stained in Chestnut. Added a rope handle to complement his twin brother. I love these custom pieces! 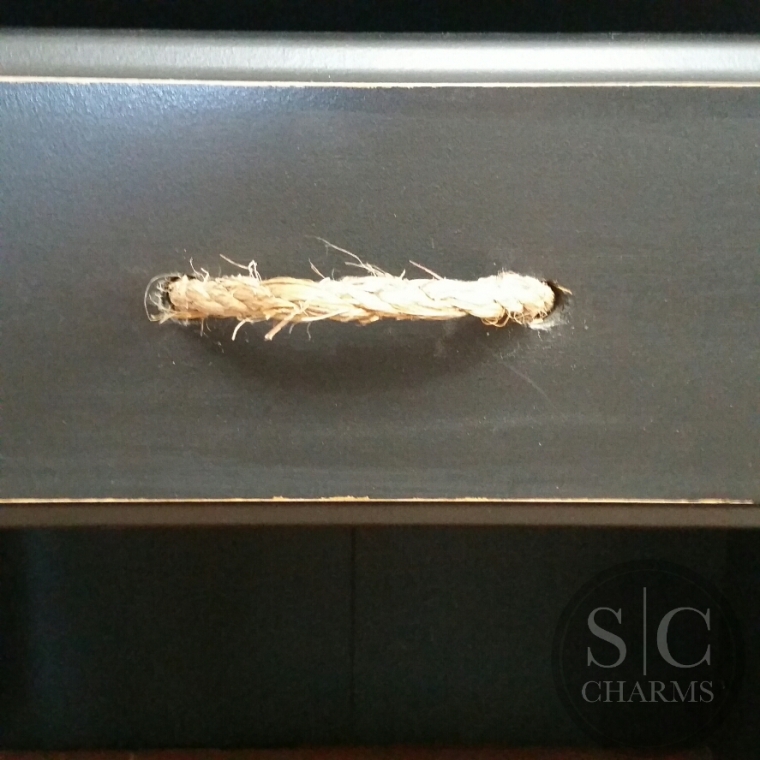 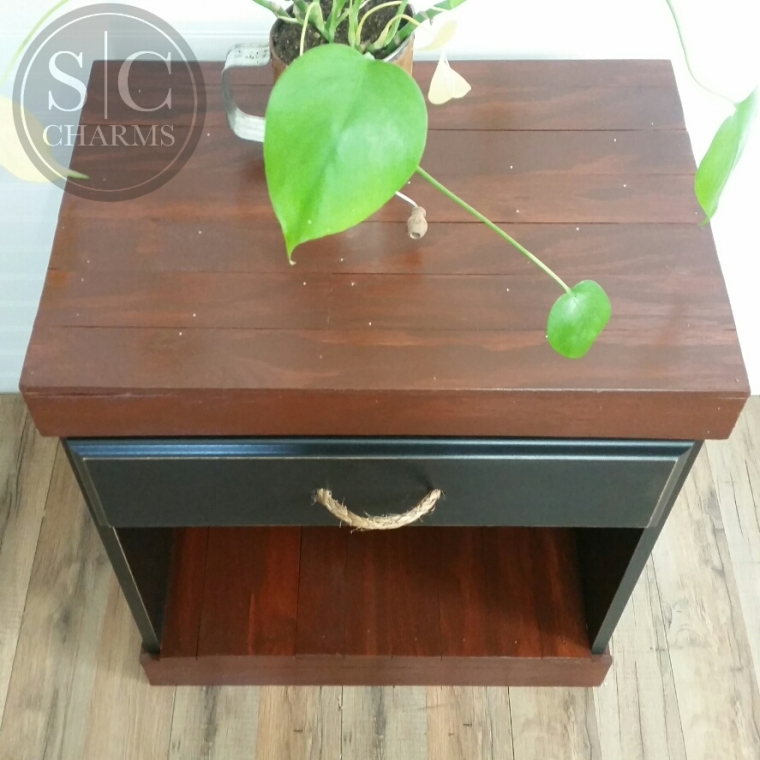 I found two of these nightstands at a garage sale, however my client only wanted one to complete his guest room. My before and after picture is unique as in it has both the original nightstand alongside the finished product shown together. As you can see I cut around the top overlapped sides to flush it against the base of the nightstand. Removed the bottom front base to add slats around the bottom and lowered the drawer half an inch. 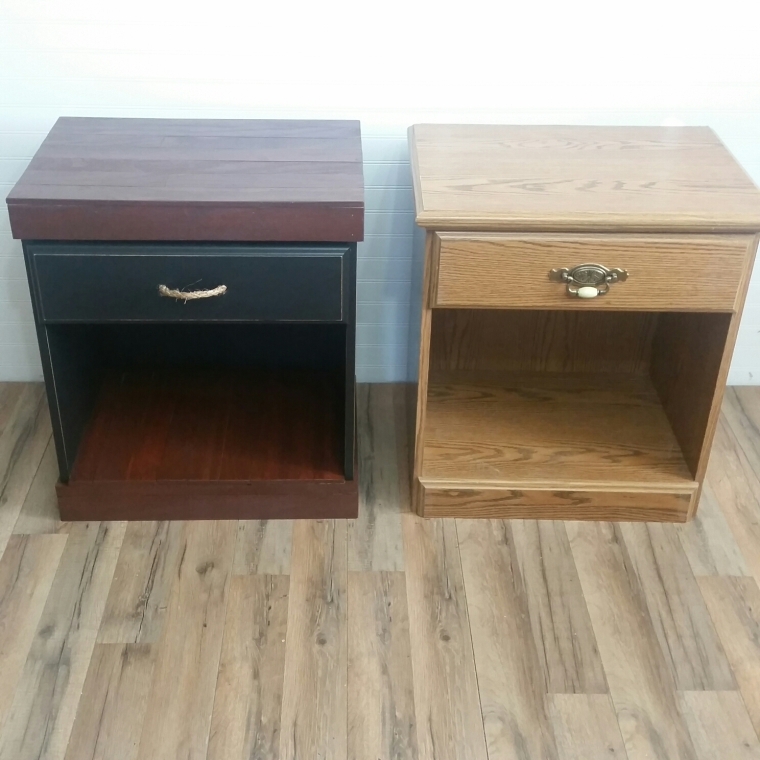 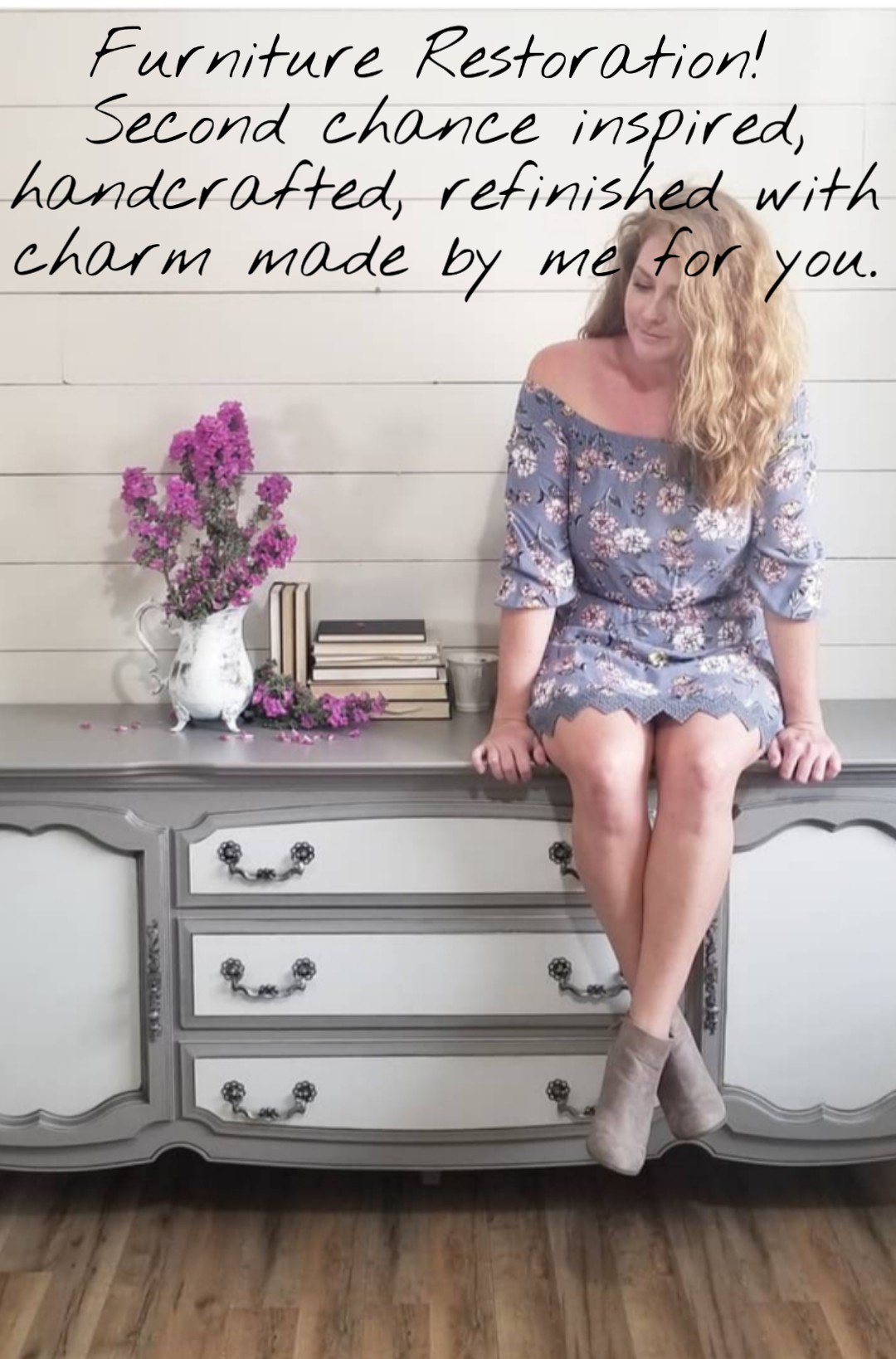